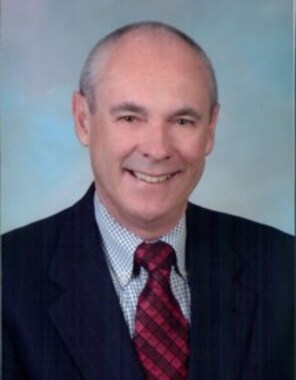 Back to Dennis's story

Dennis Eugene Landauer, 71, died Thursday, January 2, 2020, of natural causes at Orchard Pointe assisted living facility in Glendale. He was surrounded by his closest family members at the time of his passing.

The eldest son of Francis A. Landauer and Jane F. Landauer, Dennis was born and raised in Schenectady, NY, along with his three sisters: Kathleen (Robert) Single, Susan (Robert) Knight, Joan (Dennis) Olson and two brothers: Gregg (Terri) Landauer and Brian F. Landauer. His lifelong hardworking personality developed in his early adolescence working as a paperboy and golf caddy in his beloved hometown.

After the family relocated to Arizona in 1965, Dennis graduated from Washington High School and earned a bachelor's degree in accounting from the University of Denver in 1971. He carried an endearing charisma and unique wit throughout his life that touched everyone in his path. Dennis excelled in his more than 35-year career as a CPA, from his early days as a partner with Vogel & Company; and after several merges became RSM. There was never a shortage of clients who turned to him for individualized financial advice and tax guidance, particularly ones in the local entertainment industry.

Dennis was an active parishioner at St. Thomas the Apostle Catholic Church in Phoenix for much of his adult life. His closeness to the Lord was instilled early on by his parents and their traditional values. Along with his love of Christ, Dennis had a love for sports beyond measure. His favorite teams included the Arizona Diamondbacks, New York Yankees, Denver Broncos and Phoenix Suns. Nothing brought a bigger smile to his face than watching his favorite players in action, such as Mickey Mantle, Yogi Berra, John Elway, Charles Barkley and Randy Johnson. He also kept a close eye on the Pioneer's Hockey Team from his Denver alma mater. There was nothing Dennis wouldn't do to provide a comfortable life for his family and passed along his greatest ideals and ethics to his children.

Dennis is survived by his two sons: Chris (Kara) Landauer and Nick (Jerri) Landauer, and his two grandchildren: Lucy Landauer and Lennyx Landauer. A remembrance of life ceremony for Dennis will be held Friday, January 17, 2020 from 10:00 AM to 11:00 AM at Christ Church of the Valley (CCV) - Peoria Campus in building 400 (7007 W. Happy Valley Road, Peoria AZ 85383), followed by a brief graveside service at the Phoenix Memorial Park and Mortuary at 11:30am (200 W. Beardsley Road, Phoenix AZ 85027).

"Do not let your hearts be troubled. You believe in God; believe also in me. My Father's house has many rooms; if it were not so, would I have told that I am going there to prepare a place for you? And if I go and prepare a place for you, I will come back and take you to be with me that you also may be where I am." John 14:1-3

In lieu of flowers, donations can be made to the Phoenix Society of St. Vincent de Paul.
Published on January 13, 2020
To send flowers to the family of Dennis Eugene Landauer, please visit Tribute Store.

Send flowers
in memory of Dennis

A place to share condolences and memories.
The guestbook expires on April 09, 2020.

What should I write?
Add photos Add an emblem
Share

Be the first to share a memory or condolence.