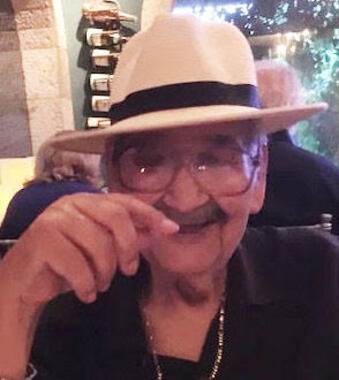 Back to Joseph's story

Joseph Baker Manzo Jr Joseph Baker Manzo Jr. husband of Claudette for over 65 years before her death; father of Patricia, Margaret, and Pamela; grandfather to five, and great-grandfather of nine passed in his sleep on February 10. Joe was born January 3, 1925 in Los Angeles California; serving his country in World War II and Korea, receiving purple hearts for injuries suffered in both and a bronze star in Korea. Joe earned two master's degrees and spent most of his career as a middle-school teacher in Cashion, Arizona. He served his community as Fourth Level in the Knights of Columbus, President of the Tolleson Lions Club, and President of the Heatherbrae Neighborhood Association. In his later years he became an accomplished painter. Joe lived a remarkable and full 94+ years, we'll miss him. Graveside service will be 12:30 pm February 28th at Resthaven Park Cemetery in Glendale.
Published on June 19, 2019
To plant a tree in memory of Joseph Baker Manzo, please visit Tribute Store.

Plant a tree in memory
of Joseph

A place to share condolences and memories.
The guestbook expires on September 17, 2019.

Restore this Guestbook to share a memory or message of condolence of your own.