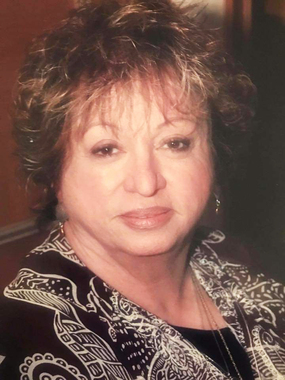 Back to Mary's story

Mary Kathryn Baxla Mary Kathryn Baxla (Kathryn) 78, passed away Tuesday, November 6, 2018. Kathryn was born in Phoenix Arizona on December 14, 1939 to John and Myrtle Mondo. Kathryn and her twin sister Carolyn were the youngest of five girls, and were raised on a produce farm in Glendale AZ, created and expanded by John after immigrating to the United States as a young child from Pakistan. Kathryn met Donald Robert Baxla in High School, and the two were married January 23, 1960. Don and Kathryn raised their four children in Glendale. They moved to Tucson in 1987 to grow their own family franchise of Peter Piper Pizza restaurants. Kathryn took a large role in running and expanding the company until 2016. Kathryn is preceded in death by her mother and father, her three sisters Dorothy Jean Dad, Margie Connell and Helen Robinson and grandson Joshua Robert Baxla. She is survived by her husband Don, their four children John (Noel) Baxla, Joan (Robert) Roeber, Donald Jr. (Theresa) Baxla, Heather (Matt) Clauser, her 11 grandchildren Sarah (Michael), Maggie, Alecia, Katelyn, Tyler, Emily, Ava, Grant, Zachary, Dylan, Hudson, and her Great-grandchidlren, Seth and Eloise. Those closest to her remember her generosity and intuition. She gave so much without expecting any return. She always made sure everyone was warm, well fed, and well loved. She would often call to check in when she was worried. She became a family member to anyone, and many beyond her family knew her fondly as mom or grandma Baxla. There was always room in her home for one more. In her absence, her family feels both grief and gratitude for the woman who loved them so well. As her family struggles with the loss of their matriarch, they are comforted by the words she read to each of them as children. "I'll love you forever, I'll like you for always, as long as I'm living, my baby you'll be."
Published on June 19, 2019
To plant a tree in memory of Mary Kathryn Baxla, please visit Tribute Store.

Plant a tree in memory
of Mary

A place to share condolences and memories.
The guestbook expires on September 17, 2019.

Restore this Guestbook to share a memory or message of condolence of your own.